History of Bees and Why We Need Them

Bees have been on planet Earth for over 100 million years. They evolved around half way through the time of the dinosaurs. However, there was a terrible event 66 million years ago, probably caused by a 10km meteorite crashing into the Gulf of Mexico. This set fire to a huge oilfield, covering the whole planet with soot. The impact shook up a volcano near Madagascar which had been erupting for many thousands of years. Suddenly it got very active indeed.

The result of all this was that no sunlight reached the earth for two whole years, global temperatures dropped about 16°C and most species became extinct. Luckily for us, bees and flowers survived all this, even though dinosaurs and 75% of other species did not. For more information (and a really interesting read), see Science News for Students. 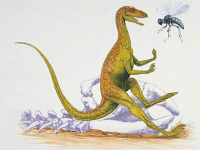 Bees and no dinosaurs

Bees collect pollen on their bodies and transfer it to other plants of the same species as they visit them. Both parties benefit. The bees get pollen and nectar as food in exchange for transporting pollen, which allows plants to grow seeds, fruits and nuts. 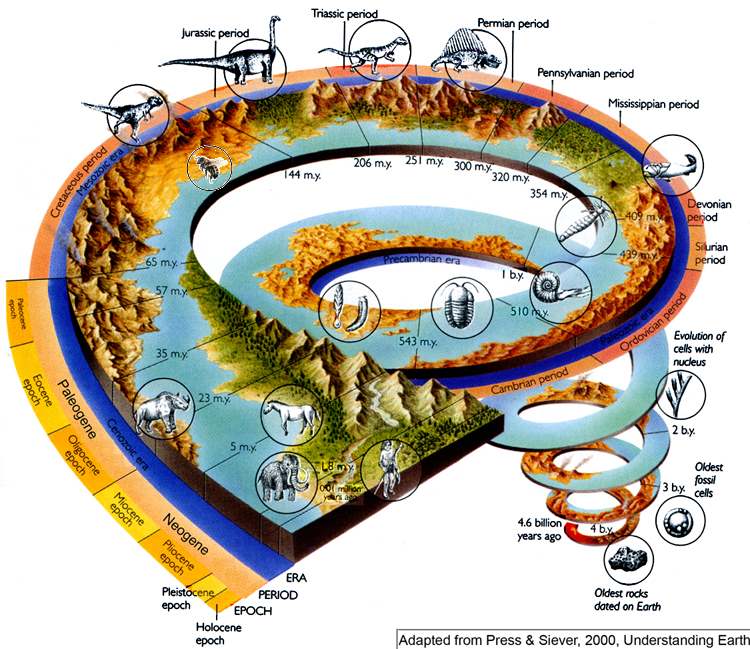 These seeds, fruits and nuts provided food for small proto-mammals which eventually evolved into the mammals we see today, including humans.

Be thankful for the combination of that meteorite causing extinction of the dinosaurs and the co-evolution of insects and flowers for our existence. If dinosaurs were still here, they would have probably eaten our forebears before we evolved!

In the very short time that humans have been around (about 200 thousand years) we have destroyed much of the habitat of bees, poisoned them (and everything else) with pesticides, herbicides, fungicides and pollution of various kinds.

No bees and no humans?

Bees and other pollinators are an important part of the food chain. Without them, many of the foods we depend on would simply not exist. Many people think we wouldn't exist either.

Books on the History of Bees

There are several books on the links page of this website, so if you are interested in the history of bees, take a look there.